AVADO are proud to announce that we are the exclusive sponsors of the AAT 2017 Salary and Career Survey. Every two years the AAT conducts a survey of all its members to look at trends in the accountancy profession and the wider economy. Take a look at some highlights of this year’s findings below: 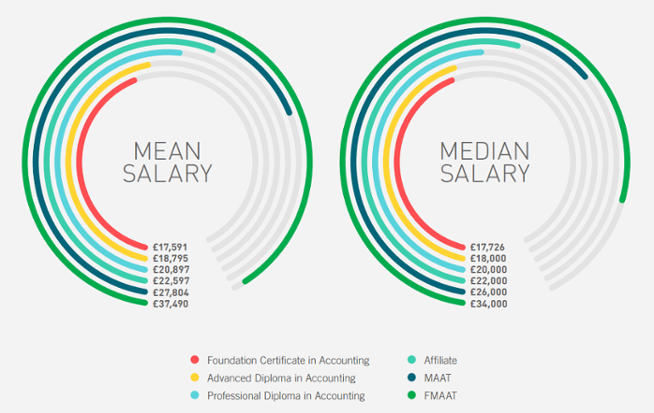 They are also more likely to receiver higher bonuses: the average bonus for an Affiliate member is £600, while for a Full member it is £1,000. Across all members working full time the likelihood of receiving a bonus has increased, though, up to 33% from 2015’s 26%.

In a time where many occupations are under threat of disruption or even obsolescence thanks to technology, accountancy remains a strong career for job security. 83% of those surveyed said they felt very or quite secure in their jobs. Most AAT members, 75% were looking to stay with their current employer over the next year, and among those over 55% this rises to 81%.

77% of students surveyed agree that studying for an AAT qualification has increased their earning potential, making an AAT qualification a sound investment. However, only 65% of respondents said that their company provides opportunity for training, meaning there is still some way to go in order to get everyone within the profession working to their full potential.